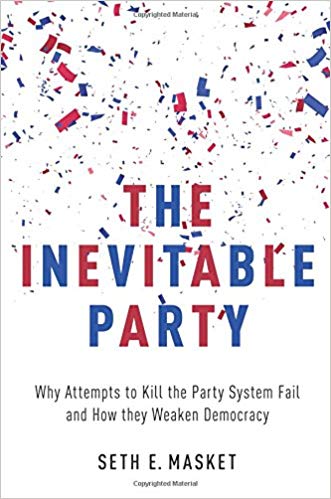 This book examines five state-level anti-party reforms and looks at why they failed. These reforms range from from open primaries to campaign finance restrictions to nonpartisan legislatures, and the research utilizes legislative roll call votes, campaign donations patterns, and extensive interviews with local political elites. 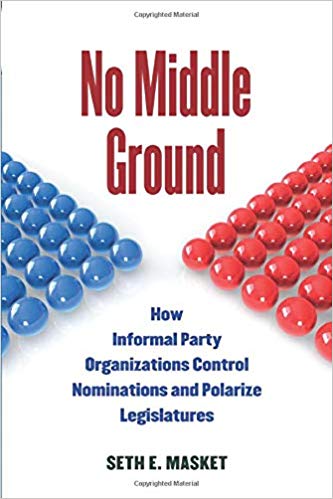 In recent years political parties have gained strength in state governments as well as in Washington. In many cases these parties function as machines. Unlike machines of the past that manipulated votes, however, today’s machines determine which candidates can credibly compete in a primary. Focusing on the history and politics of California, this book reveals how these machines evolved and how they stay in power by directing money, endorsements, and expertise to favored candidates, who often tend toward the ideological extreme.

The Ground Game in the 2012 Election,” Political Communication, 2016 (with John Sides and Lynn Vavreck).

“A Primary Cause of Partisanship? Nomination Systems and Legislator Ideology,” The American Journal of Political Science, 2014 (with Eric McGhee, Nolan McCarty, Steve Rogers, and Boris Shor).

“One Vote out of Step? The Effects of Salient Roll Call Votes in the 2010 Election,” American Politics Research, 2012 (with Brendan Nyhan, Eric McGhee, John Sides, and Steven Greene).

“The Gerrymanderers are Coming! Legislative Redistricting Won’t Affect Competition or Polarization Much, No Matter Who Does It,” PS: Political Science & Politics, 2012 (with Jonathan Winburn and Gerald C. Wright).

“The Circus That Wasn’t: The Republican Party’s Quest for Order in the 2003 California Gubernatorial Recall,” State Politics and Policy Quarterly, 2011.

“Where You Sit is Where You Stand: The Impact of Seating Proximity on Legislative Cue-Taking,” Quarterly Journal of Political Science, 2008.

“It Takes an Outsider: Extra-legislative Organization And Partisanship In The California Assembly, 1849-2006,” The American Journal of Political Science, 2007.

“Ideological Adaptation? The Survival Instinct of Threatened Legislators,” The Journal of Politics, 2007 (with Thad Kousser and Jeffrey B. Lewis).

“A Return to Normalcy? Revisiting the Effects of Term Limits on Competitiveness and Spending in California Assembly Elections,” State Politics and Policy Quarterly, 2007 (with Jeffrey B. Lewis).